At the ISHTAR centre, we want to give women effective and quality care to prevent and treat gynaecological diseases.

We screen for cancer with pathologies that have shown to benefit from screening tests, such as: bilateral mammography and cytological test/HPV test.

The patient is advised of the diagnosed pathology and receives an explanation of the therapeutic options and with the constant aim of improving dietary and hygiene habits with support from the centre’s General Medicine practitioners.

The surgical approaches are both laparotomic and laparoscopic; minimally invasive surgery is always the first option.

Multidisciplinary treatment is offered for neoplastic gynaecological pathologies that require a high level of specialization with the support of professionals from different disciplines.

Uterine cancer is the most frequent cancer of the female reproductive system, followed by ovarian and cervical cancer. It is estimated that about 63,230 new cases of endometrial cancer will occur in 2018 with a mortality rate of 11,350 cases/year according to data from the Cancer Statistics Center.

The tumour can be present in pre and postmenopausal women. The peak age is between 60-70 years of age, but 2-5% are diagnosed before age 40.

Ninety-five percent of the cases are found in the mucosa that covers the uterine cavity, the endometrium and, therefore, the tumours that originate in the endometrium are called endometrial cancer. It has a very good overall survival rate (close to 95%) because it is usually diagnosed in the early stages of the disease. Uterine sarcoma is an infrequent form of uterine cancer that forms in the muscle and tissue that holds the uterus.

The most frequent sign of endometrial cancer is unusual bleeding in premenopausal women or bleeding during menopause. When this sign occurs, we recommend going to a gynaecological clinic. There may be a pre-cancerous lesion such as endometrial hyperplasia with atypical conditions that with early treatment would not develop.

There are two types of endometrial cancer. Depending on its biology, the tumour shows greater or lesser aggressivity. Type I tumours are those that occur most frequently and are hormone-dependent; the histological type is endometrioid. The genomic profile may be POLE (ultra-mutated), IMS (hypermutation), low number of copies (endometrioid), high number of copies (serous-like). The survival rate is good if it is diagnosed in the early initial stages. However type II, is not hormone-dependent, appears at more advanced ages, is diagnosed in more advanced stages and the survival rate is lower. The histological types are serous and clear cell types. Its genomic profile is the high number of copies (seros-like).

The main treatment for endometrial cancer is surgery, if possible by laparoscopy, but in cases where it is not guaranteed, the entire womb must be removed laparotomically. External radiotherapy, brachytherapy and chemotherapy are the adjuvant treatments that will be applied based on the recommended clinical guides.

There are 22,240 new cases of ovarian cancer estimated for 2018, with a mortality rate of 14,070 cases/year according to data from the Cancer Statistics Center. Fifty percent of the causes of death due to gynaecological neoplasm are due to ovarian cancer. Overall survival at 5 years in ovarian epithelial cancer is 49.7% according to volume 26 of the FIGO Annual Report on the Results of Treatment in Gynaecological Cancer. Survival rates at 5 years range from 89.6% in the IA stage to 18.6% in the IV stage used by FIGO (International Federation of Gynaecology and Obstetrics).

Ovarian epithelial cancer is highly different from other gynaecological tumours (endometrium, cervical, vulva and vaginal cancers) in that it exhibits high mortality regarding its incidence. It usually appears in the sixth decade of life.

This is due to diagnosing it in advanced stages. This pathology has no screening test that enables early diagnosis. It is also delayed because there is no typical symptom and there is no opportunistic screening or population screening test. The clinical symptoms are vague, diffuse, such as abdominal distension, flatulence, diffuse abdominal pain, anorexia, constipation, diarrhoea or vaginal bleeding. Imaging tests and serum tumour markers help for preoperative evaluation and determine the extent of the tumour.

Since the discovery of Kurman in 2010 of the new hypothesis of the origin of ovarian cancer, ovarian cancer encompasses the tumours of the Fallopian tube and primary peritoneal tumours because they belong to the same embryological line, so the treatment is the same for the three tumours.

The treatment of epithelial ovarian cancer in most cases requires the combination of surgery and chemotherapy combined with 6 cycles of taxol-carboplatin.

The intention of the surgery will always be to achieve macroscopic elimination of the entire tumour (residual tumour 0 cm or optimum surgery). In the case of not being able to achieve this, the best approach is to begin the chemotherapy, and to re-evaluate the 3-4 cycles of the interval cytoreductive surgery with the intention also being to achieve total residual tumour surgery and then continue with the following cycles of chemotherapy.

(#) Fertility preservation surgery for ovarian- primary peritoneal-fallopian tubes cancer: like staging surgery, adjusting the removal of the ovaries according to the clinical case, keeping the uterus.

Our centre also offers advice once diagnosed, monitored and treated for women affected by a genetic mutation that gives them a genetic predisposition to cancer.

In young patients subjected to prophylactic surgery of the annexes, counselling is offered by the menopause unit.

Borderline ovarian tumours are a group of ovarian tumours that do not infiltrate the basal cell membrane and, therefore, are not considered invasive. But a subgroup of them can cause the same tumour to recur or as in the form of carcinoma.

Overall survival is higher than 90%. The age they appear in a patient is about 10 years prior to invasive cancer (young, fertile ages). Survival prognostic factors depend on the FIGO stage and pathological anatomy (stromal microinvasion, invasive peritoneal implants, micropapillary histology).

Treatment is by surgery and, preferably, minimally invasive surgery. Patients will be differentiated according to their desire to procreate.

For patients with a desire to procreate, surgeries adjusted to imaging findings such as cystectomy, salpingo-oophorectomy or bilateral adnexectomy are proposed with uterus preservation. In any case, it is completed with surgical staging.*

For patients with invasive implants, radical surgery (total hysterectomy with bilateral salpingo oophorectomy and tumour cytoreduction is proposed. If you desire conservative surgery, you should be aware of the risk of recurrence.

For patients with no desire to procreate, radical surgery (total hysterectomy + bilateral adnexectomy and surgical staging*) is indicated.

A total of 13,240 new cases per year of cervical cancer are estimated by 2018 with a mortality of 4,170 cases per year according to Cancer Statistics Center data. Diagnoses are mostly made around 45 years of age. It is more frequent in developing countries.

Cervical cancer has a population and opportunistic screening test, such as the cytological test and the human papilloma virus (HPV) test. Despite this screening, 25% of patients with cervical cancer are asymptomatic at the time of the diagnosis. The most frequent signs are genital haemorrhage in the form of a post-coital bleeding, atypical intermenstrual loss or haemorrhage in post-menopause. Other symptoms are anorexia, nerve pain, urinary or vaginal infections.

As with other tumours, tumour treatment will depend on the FIGO stage, the tumour’s histology and characteristics of the patient.

For initial stages, less radical surgery on the reproductive system may be considered, seeking to maintain the preservation of fertility (conizations or trachelectomy) or in case the desire to have children is already fulfilled, a simple hysterectomy or radical hysterectomy with an intraoperative pelvic lymph node study (sentinel lymph nodes) according to the clinical stage.

The indication of adjuvant treatment with radiotherapy and concomitant chemotherapy is determined by lymph positivity, affectation of surgical margins, paracervical involvement, and permeation of lymphovascular spaces along with deep stromal invasion.

For advanced stages, treatment consists of chemotherapy-radiotherapy (external-brachytherapy). A retroperitoneal lymph node study may be offered via minimally invasive surgery to assess the histological status of the lymph nodes to help plan the extent of radiation therapy.

Cancer of the vulva

Malignant tumours of the vulva account for less than 1% of total neoplasias in women, i.e., some 4-5% of gynaecological tumours. Their incidence is 0.5-3/100,000 women/year. They reach their highest peak in the seventh decade of life, but there is a second peak between 45-60 years of age.

Among the aetiologies that cause it are human papilloma virus, tobacco, immunosuppressive treatments and intraepithelial neoplasias.

Squamous epithelial carcinoma is the most frequent type, between 85-90% of stage I vulvar cancer.

Eighty percent of cases are diagnosed after exhibiting persistent clinical pruritus, long-term burning sensation. It is rarely diagnosed due to the presence of an inguinal adenopathy or inguinal vulvar abscess.

Once diagnosed by biopsy, the extension study is requested to rule out inguinal adenopathic, pelvic or remote pathologies.

Treatment is basically surgical in the initial stages, ensuring that the surgical resection margins are negative for neoplasia (minimum margin of 8-10 mm) and a proper nodal study (sentinel lymph node/inguinal lymphadenectomy) because approximately 30% of operable stages exhibit lymphatic dissemination.

The surgery of vulva cancer is a surgery that has a high rate of morbidity due to the high probability of wound infections, dehiscences, lymphoceles, lymphocytes, etc. Sometimes it is necessary to combine plastic and restorative surgery to cover the area of ​​the imperfection after having done a vulvo-perineal-perianal extirpation.

The complexity of the surgery reaches its ceiling when aggressive surgical procedures are necessary in recurrences (vulvectomies + colpectomies with posterior or anterior exenterations).

Radiotherapy. If the surgical margins are positive and if it is possible to extend the margins again, it is the treatment of choice. On the contrary, or in cases of risk factors for recurrence, radiation therapy will be indicated (presence of 2 or more affected lymph nodes, tumour size >4cm, deep invasion of the stroma, invasion of lymphovascular spaces.

Chemotherapy can be considered a neoadjuvant if the response allows for subsequent surgery or in cases where surgery is rejected, and a chemo-radiotherapy protocol is applied.

Sexually Transmitted Diseases (STDs) are a problem that we frequently encounter in our daily practice. The pandemic for the human papillomavirus (HPV) stands out among all of them. With an overall prevalence of 14% in sexually active women, 80% come into contact at some time in their lives with this virus. Its importance not only lies in the frequency with which it is detected, but also in its oncogenic potential, since, although most infections are cleared up, those that persist can cause carcinoma of different anatomical locations; cervix, vulva, vagina, anus and the oropharyngeal cavity.

We treat each case individually, offering advice on:

(*)We have accredited personnel for this purpose, for the performance of colposcopy and ablative treatment of the uterine cervix.

Treatment unit of the pathology of the lower genital tract: 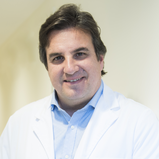 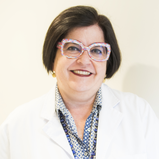 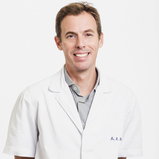 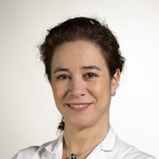 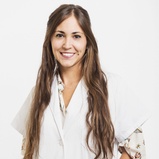 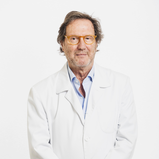