Assisted Reproduction is a medical speciality that consists in helping to form families when a child cannot be conceived by natural means. Each woman and each couple have their own reproductive project, and for this reason it is so important that the treatment is as personalized as possible. These days, Assisted Reproduction treatments give couples or single women the opportunity to become parents.

Artificial insemination is an assisted reproduction technique that involves introducing sperm from a sample of semen into the uterus.

The cycle is monitored by an ultrasound follow-up and on the day of ovulation a sample of semen is collected, prepared in the laboratory by concentrating the sperm and improving its mobility and placing it in the uterine fundus with a thin cannula. This process, in the clear majority of cases, is simple and painless and does not require admission or subsequent rest.

Conjugal Artificial Insemination (CAI) also known as Homologous Intrauterine Insemination is a technique in which sperm from a sample of semen from the partner is specially prepared in the laboratory and then introduced into the uterus.

Artificial Insemination with donor sperm (AID) consists in placing a sample of donor sperm in the uterus. These donors have undergone a detailed medical study, discarding all those who have a communicable disease or those whose semen does not have high parameters of concentration and mobility.

In accordance with Spanish legislation and most European countries, these donors must be anonymous. Donors cannot know the end user of their donation or the patients the source of the donation.

The donor used for the insemination should have the maximum similarities in terms of physical features as the woman's partner. In the case of a single woman, he should have just the patient’s features.

In Vitro Fertilization (IVF) is an assisted reproduction technique in which fertilization of the ovum by the sperm takes place in the laboratory, as performed by our team of biologists.

First, the ovaries of the woman are stimulated hormonally to extract the ovules by means of an ovarian puncture. The ovules obtained are fertilized with the sperm of the man and the embryos obtained are introduced in incubators that resemble the environment of the woman’s reproductive tract.

Ovarian stimulation consists of a hormonal treatment with the aim of getting the woman to produce many more eggs than she would in her natural cycle. Thus, having a greater number of embryos means the possibility of pregnancy is greater. Monitoring of the growth of the follicles (which contain the possible ovules) is done by ultrasound, and sometimes, by analyses. When the size of the follicles is adequate, the stimulation phase is completed with the administration of the hormone HCG or a similar one that triggers ovulation.

Thirty-four to 36 hours after administration of HCG, the ovules are extracted by means of a puncture of the ovaries and the aspiration of the follicular fluid, controlled by ultrasound with a vaginal probe. The puncture takes place in the operating room under deep sedation. It lasts approximately 15 to 30 minutes. After the puncture, the laboratory’s specialized biologists identify the ovules in the follicular fluid (not all punctured follicles contain an ovule).

The goal is to achieve fertilization of the eggs extracted with the sperm; to do so, they are processed using several techniques and put in contact to achieve fertilization. The next day it is verified if they have been fertilized correctly. The embryos are kept in culture until the day of their transfer to the uterus or the day of their freezing. This happens two to five days after the follicular puncture.

We have the latest generation EmbryoScope+ incubator (based on time-lapse technology) at our centre to culture and evaluate embryos.

Transfer is the introduction of embryos into the uterus through a catheter. It is a simple process and, in most cases, painless, which can be monitored by using ultrasound and does not need anaesthesia. It is generally advisable to transfer 1 single embryo to avoid multiple pregnancies. However, Spanish law allows a maximum of 3 embryos to be transferred. When more developed embryos are obtained from those to be transferred, they can be cryopreserved so they can be used in later cycles.

A Preimplantation Genetic Diagnosis (PGD) enables the DNA of embryos to be studied so those that meet certain characteristics can be selected.

It is a technique, regulated by law, which enables detection of certain chromosomal or genetic alterations that are hereditary. It makes it possible to select the embryos that, from a chromosomal and/or genetic point of view, are being analysed before their transfer to the maternal uterus.

This technique can be used within an in vitro fertilization programme to minimize the risk of transmission of hereditary disorders or in cases of repeated miscarriages, implantation failures and/or advanced maternal age.

At corachan dona we offer: 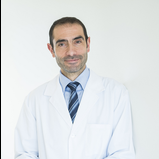 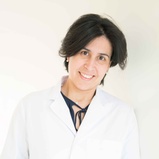 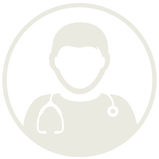 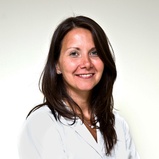 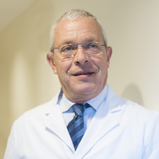 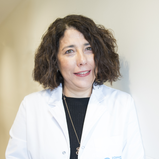 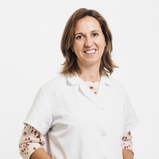